Alan Brasil said via TalkSPORT (6:24am, August 5, 2022) that he is concerned about Arsenal left-back Kieran Tierney due to his injury issues.

The former Tottenham Hotspur striker said he was “worried” about his Scot, who joined Arsenal from Celtic in the summer of 2019 for 25 million pounds (Sky Sports).

Tierney has struggled with injury issues during his time at Arsenal, and he has just returned to full fitness.

The former Tottenham and Manchester United striker now works as a presenter for talkSPORT and mentioned in the Sunday Post in July 2017 that he is a Celtic fan.

He is worried about former Celtic star Tierney

In our view, Kieran Tierney’s injury history at Arsenal is truly concerning.

Now, of course, we know how good the 25-year-old left-back is.

When he is fit and at a decent level, Tierney is one of the best left-backs in the Premier League, perhaps even better than his fellow Scottish international and Liverpool player Andy Robertson.

However, we cannot ignore the injury problems the Scot has already faced at Arsenal.

Since moving to Arsenal from Celtic in 2019, the left-back has made just 64 appearances in the Premier League. 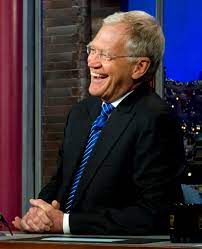 According to Calciomercato, Chelsea are now ready to make a €81m (£68m)…